In July of this year, an 18-year old boy died in an Internet Cafe in Taiwan, after supposedly playing the video game ‘Diablo 3’ for 40-hours straight. Over the past decade, video gaming has become a controversial topic of escalating media attention. What was traditionally seen as a harmless pastime for children is now revealing a darker side, resulting in some devastating consequences. Namely, a worldwide increase in the number of diagnosed cases of gaming addiction. In an attempt to understand this problem neuroscientists are investigating what makes gaming addicts disrupt their sleep patterns, neglect personal hygiene and in some cases, push their bodies into cardiac arrest all for the sake of winning a game!

Some research suggests that gaming addicts may have a pre-existing tendency towards making bad decisions. One study investigated this in gamers who excessively played the online role-playing game, World of Warcraft. It was observed that in many decision making tasks, these gamers would persistently show a preference towards choices that would grant them instant reward, but would most likely be disadvantageous in the long run.

But what neural mechanisms underlie the ability to become so obsessed with a virtual world that addicts are able to discard even their most basic survival instincts? In 2009 a study used specialised imaging techniques to observed what happened in the brain when an individual experienced the urge to game. The researchers identified a number of key regions which they argued drove self-destructive behaviours in gamers. High activity was observed in the dorso-lateral prefrontal cortex (DLPC). An area which uses sensory information (i.e. what you see, hear and feel when playing the game) and memory about past experiences to maintain cravings by reinforcing positive expectations. Another active area was a structure called the caudate nucleus. This was identified as the region of the brain which allows the gaming urge to develop into a habit eventually becoming a routine which can be difficult to disrupt.

Significant evidence also indicates that video gaming triggers activation of the ‘dopamine reward system’. Dopamine is a neurotransmitter (a chemical that acts as a signal between brain cells) that has an important role in motivation towards rewarding behaviours. Scientists at the University of Michigan found that stimulating dopamine-containing brain cells led rats to develop strong cravings for particular rewarding behaviours. This research suggests that, in some individuals, a slight imbalance or over activity in this chemical pathway could cause the obsessive craving feelings that eventually lead to a gaming addiction.

A combination of these different processes may explain why, in some cases, we lose control after exposure to cues that remind us of the exciting and rewarding feelings that have been defined by our past experiences with a game.

One particularly interesting finding is that much of the research addressing the neural mechanisms behind gaming addiction, seem to overlap with those associated with drug dependency. For example, the DLPC is also activated in craving behaviour in cocaine, alcohol and nicotine addicts. Suggesting that the DLPC may have an important role in reinforcing craving-induced behaviours across all addictions.

So how does a gaming addiction turn lethal? For the most recent victim in Taiwan; he had been sitting in the same position for such a long time that a blood clot formed which eventually preventing blood from flowing to his heart leading to organ failure. However, another more general pitfall of prolonged game play is a sustained elevation in heart rate and blood pressure caused by the excitement and adrenaline rush associated with the act of gaming. If your blood pressure remains disproportionately high for long phases, the body’s energy expenditure is dramatically altered, hence why 40 hours sitting in front of a screen could kill you. 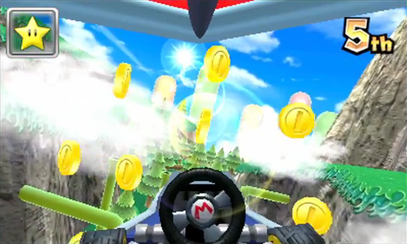 While I can’t pretend that I haven’t spent many mindless hours playing Mario Kart, I think that everyone, in particular young people, should be aware of the very real consequences that can result from long-term immersion in a virtual world. Indeed, due to the overlaps between gaming and other addictions, could it be time to treat gaming addictions as seriously as we do substance abuse?